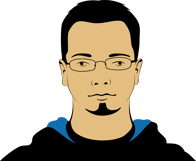 Next up on Aurora's Biography Series is one of our Tech Support superstars, Kevin Klimek.  Kevin has worked for Aurora Technologies/EDI Support, Inc. for 13 years.  What started out as an interest in computers in the mid 90s has, over the course of two decades, developed into a rewarding career.

Kevin grew up in a suburb of Chicago called Bridgeport, seven blocks from U.S. Cellular Field (home of the Chicago Whitesox).  Having relocated from Chicago to Reno, NV in 1998 to help his disabled mother, he was hired on at EDI Support, Inc. some years later.  In 2007, after having gotten married, Kevin relocated to Florida, where today he still provides tech support for Aurora's clients.  Although the software has evolved and EDI Support, Inc. eventually became Aurora Technologies/EDI Support, Inc., the one thing that has never changed is Kevin's knack for troubleshooting.  Most clients would agree that he easily locates, isolates, and solves most EDI issues in a timely manner, especially when it's a VAN issue.  Kevin is known as the "VAN King" in some circles due to his knack for dealing with the Liaison Exchange Network and setting up the necessary interconnects.

Considering himself to be on the quiet side, it's no surprise to learn that he is a gamer.  In fact one of his interests is creating modules for the games he plays, including models, textures and animations.  He says his computer is the one thing he could never give up.  In addition to gaming, Kevin is also an avid bowler with an impressive 180 average.  He plays on a local league on Tuesdays and plans to join a couple of summer leagues as well.  Kevin's hobby has allowed him to support a local charity by bowling in an annual tournament benefitting the Homeless Coalition.  He also enjoys fishing and going to the beach.  Although he enjoys the beaches and sunny weather, he does think about going back to Chicago someday.

Kevin is always a pleasure to work with.  He is professional, courteous and always finds a way to help our clients.  A man with many hats, he has helped his coworkers with IT issues (ahem, maybe me) on a few occasions as well.  When asked how he wants to be remembered he says that he wants to be remembered as someone who always helped out his friends when they needed it.  I think that's probably pretty accurate.

Click below to see our video on thinking about EDI "Outside the Box."