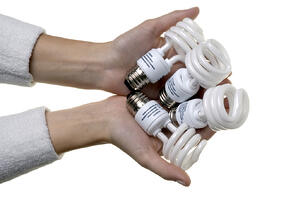 Sometimes I will spend weeks talking with a lead only to have them call me, heaving a sigh of relief because their customer decided to give them a stay of execution.  They do not have to be EDI capable after all.  First of all, it makes me sad because well, I just lost a sale. But I am also fearful for these companies because clearly they do not really understand the value-add that being EDI capable can bring.  I actually came across a company recently still doing their accounting by hand!  Hard to believe, I know...but it's true.  An organization must be willing to change in order to grow and resistance to change is the biggest obstacle in becoming EDI capable.

What is the value-add for EDI capability?  First of all, EDI capability makes you marketable.  I would guess that you have had potential customers ask you if you are EDI capable.  How many have you lost because you are not doing EDI?  Better yet, how many would you attract if you WERE doing EDI?  Implementing EDI puts your business in a better position to grow your customer base, market share and brand recognition.  Who doesn't want THAT?  But the problem is that companies fail to see the correlation.  However, all you have to do is look at what your biggest competitors are doing to see that this is true.  I guarantee that the most successful ones are doing EDI and they are doing it effectively.

What does it mean to do EDI effectively?  It means that implementing EDI simply as a response to a mandate is not smart.  This is just EDI capable.  Doing EDI effectively is what I like to call being EDI efficient.  Many EDI packages can automate business processes that have been costing your company time and money.  Look for manual tasks and find out if they can be automated.  Where are your biggest pain points?  EDI automation may be able to easily solve them.  What about other customers?  We all know that EDI saves time by reducing data entry and saves money by reducing errors, so implementing EDI for multiple trading partners will just multiply the savings.  Ask your customers who among them is EDI capable.  They will likely be thrilled that you are taking the initiative rather than waiting for them to send that mandate letter.

The old saying "Change is the Only Constant" has never been more true than when you are talking about technology.  To stay competitive and solvent within the marketplace, you must be willing to change.  This also holds true for companies who are EDI capable but only for one customer and nothing has changed for 5 years.  If it's not broken, don't fix it, right?  Wrong...these companies are not looking at the big picture and as a result, they are not growing and they are not EDI efficient.  Successful organizations must periodically assess their business goals and processes in order to determine what works, what doesn't and what could be better.  Being EDI capable AND EDI efficient is a HUGE part of that.