EDI in Logistics: A Brief History 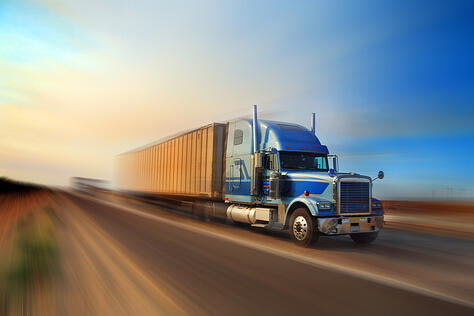 This is the second in a series where we will briefly describe the history of EDI in several different industries.  In this article, we will discuss the history and evolution of EDI in logistics and transportation.  Being the force that facilitates the movement of goods across our planet, the transportation industry is perhaps the most important to our economies.  Not surprising, the first industry to get involved with EDI was the transportation industry.  But before we get to that point in time, we must first visit our old friend Edward A. Guilbert.

Mr. Guilbert, who we have mentioned in other blogs, was serving as a logistics officer for the US Army in the mid 1940s.  During this time period, air was the only way to get supplies to certain areas of Berlin due to Russian blockades. Major General William H. Tunner tasked Major Guilbert with the the job of developing standardized manifests during the Berlin Airlift. This was desperately needed in order to facilitate the sheer number of deliveries, in the end amounting to almost 280,000 flights.  Later, while working for DuPont, he developed the first standardized electronic messages in the early 1960s to be sent between DuPont and Chemical Leaman Tank Lines.  The transportation industry, with its mountains of paper, needed this automation perhaps more than any other.

In 1965, the Holland-America steam ship line started sending the very first EDI messages, although still not called EDI.  But this set in motion the technology that would become known as EDI.  By 1968, many transportation companies...everything from railroads to trucking companies...were using electronic messaging.  The problem was that the difference in formats between trading partners was creating too much confusion.  Enter the Transportation Data Coordinating Committee (TDCC).  Mr. Guilbert served as President of the committee, and worked alongside Joseph Carley, Earl Bass and Ralph Notto.  Their job was to develop standards to be adopted between the various trading partners.  Those standards eventually gave way to Ansi X12 and modern EDI.

In the transportation and logistics industry, some basic EDI documents you might come across include:

This is a small sample as there are too many to list but you get the idea.  The flow of data varies depending on the type of company and trading partner relationship.  The industry itself encompasses many different types of companies, from trucking companies to railway companies to ocean cargo.  Also, it's important to mention that the transportation industry is closely connected with other industries such as retail, due to its big role in the supply chain.  All of these companies are interconnected and able to communicate with each other because of EDI technology.  Ultimately, Edward Guilbert, the Berlin Airlift and the TDCC changed the transportation industry and the course of history forever.