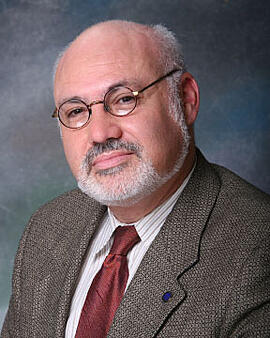 Roger Curtis, founding member of the Aurora EDI Alliance, is the President and CEO of Sitcur, an EDI services and solutions company based in Los Angeles, CA.  Roger is adored around the world by his customers and colleagues alike due to his incredible likability and all around willingness to jump in when needed.  I had a chance to sit down with him recently to ask him some questions about his life up until this point and find out what makes our "California Roger" (not to be confused with RI Roger, who has since retired) tick.

Sitcur, founded in 1986, has the tag line, "e-business solutions with integrity."  Anyone who has worked with Roger would say this is accurate.  He makes a big effort to understand his customers’ business needs and to produce reliable software solutions so they can focus on sales and good customer service.  I asked him what was the one problem he was best at solving for his clients and he said, "I get to the root of the issue regardless of what it is and put in a solution that continues to work reliably."  This is really what Roger loves to do - digging into a project and bringing the pieces together to come up with a solution.  Sitcur's clients always feel taken care of and are confident that their issues will be addressed and resolved quickly and reliably.

Roger started working in the technology industry in 1977.  In the early 80s, he was programming Basic language minicomputers such as the Data General NOVA.  Clearly ahead of his time, he also wrote and sold a program that allowed users to create messages with a word processor and integrate it with the Western Union Telex network, which was used to send domestic and internal messages in a time of pre-email.  This evolved into establishing an authorized dealership that sold Telex accounts.  After AT&T acquired Western Union, the technology evolved into FAX, then email, which eventually led to the birth of Value-Added-Networks (VANs).  The late 1980s found Roger, along with many others, getting his feet wet with electronic data interchange (EDI).  He got involved with some software to send EDI data to Walmart.  Later he became a reseller for Softshare (now Liaison Technologies) and that relationship is still going strong.

Having lived most of his life in Los Angeles, where the weather is nice year-round, it's not surprising that Roger is very active.  He cycles about 20 to 30 miles every weekend and likes to mix up his route.  Each year he participates in the American Diabetes Association's Tour de Cure bike ride in Long Beach, CA, and even earned an award for fundraising this last year.  He also loves the outdoors so on a Sunday afternoon, you might find him working in his native garden.  Although he loves his work, he does try to balance his life and keep everything in moderation.  Roger loves Los Angeles and boasted to me about the cultural and art-based activities available there, not to mention the fabulous restaurants.  When he is not helping his clients, or biking around LA, he volunteers his time doing practice interviews for UCLA students to help them prepare for life after college.  When asked how he wants to be remembered, he says, "For making a difference in this world and for helping others.  I'm pretty fortunate."