Quibids.com Harnesses the Power of Delta/ECS 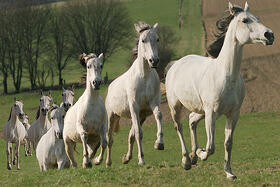 Photo appears courtesy of Ronca-WW.  Last year we had the pleasure of with working with both Quibids.com and fellow Liaison reseller, Virtual Logistics, on a large integration project using Liaison's Delta/ECS integration package.  This is a great case study and truly illustrates the flexibility, efficiency and automation that Delta/ECS can bring to an organization.

Quibids.com contacted us because they were growing rapidly and found themselves needing to re-assess their EDI environment. The standalone EDI translator they were using had been adequate up to that point, but as they geared up to move an ever-expanding vendor base into active electronic trading relationships, it was clear they needed a scalable and flexible solution to move their business to the next level.

QuiBids.com examined all the major players and quickly discovered that Liaison’s Delta & ECS package showed a great deal of promise. First and foremost was the sheer mapping flexibility - no format was out of bounds for Delta. Other solutions promised similar capabilities but by comparison they struck them as afterthoughts bolted onto existing traditional EDI paradigms. And then when they had the opportunity to examine the Delta interface itself there was very little by way of comparison. It was hands down the most intuitive mapping interface they had ever seen.

An equally powerful factor in their decision was ECS. For sheer visibility, flexibility, and ease of use, it was impossible to find anything close to anywhere near the price point. It was apparent  that with ECS they really could achieve a truly unified operational environment, and bring a number of disparate processes (FTP comms, AS2, Web Services, XML, flat files) under one roof for the first time. Other packages offered similar claims but again, at much higher cost and with less visual transparency and ease of use.

Another key factor in their decision was Aurora Technologies’ and Virtual Logistics’ (VL) longstanding pedigrees in the EDI industry. The consultants from both VL and Aurora brought a wealth of experience and insight to the table, and their hands-on approach through the evaluative phase gave QuiBids.com both the objective information and the confidence to know they were choosing the right solution. In the course of due diligence they reached out to a number of independent voices in the field and not only were reassured that Delta/ECS was indeed one of the best tools out there, but also that they were very much in good hands with Aurora Technologies and Virtual Logistics. Their own experiences have borne that out as well.

Once QuiBids.com got their installation of Delta/ECS up and started running production feeds, the benefits were tangible and immediate. With the Data Administrator they have a comprehensive real-time picture of the state of translation communications, errors and logging. This is all available in a single interface that is intuitive to read and comprehend. This alone has saved their EDI team countless hours of tedious research. And when issues do arise they have much greater visibility into root causes - whether it’s an issue with a communications channel, EDI compliance or data content.

The mapping capabilities of Delta have proven to be unparalleled. Their development times have been greatly reduced with the introduction of a much simpler approach to map management that allows them to unify disparate trading partners under the same easily managed maps. Basing new map work on prior work has never been easier. Creating maps for a variety of formats is much easier, and they are able to accommodate even the most exotic of outliers in their vendor base.

The alert and notifications process has likewise proven to be a great help in proactively identifying EDI issues before they become business issues. The ability to receive customized notifications on success and error based on log parsing is a great boon. They are also working on building out proactive monitoring jobs to notify them when expected files are not received in a specified timeframe. This feature is a distinct advantage.

Another key feature they are now able to take advantage of is the WebECS front end. Access to the Data Administrator functions via the web has greatly simplified day-to-day and after hours production monitoring. They are finally in a position to make information about their EDI process and order states more visible to stakeholders across the company. Management Reporting functions via WebECS are also proving fruitful ground for development.   QuiBids.com reports that Delta/ECS has proven to be a powerful, comprehensive solution with great room to expand along with their growing vendor base.

Click below for another valuable case study on how Delta/ECS helped yet another organization who was growing by leaps and bounds!