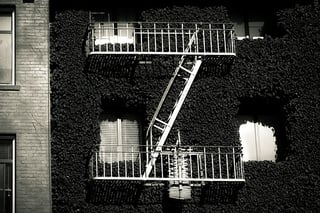 Photo appears courtesy of Derek Σωκράτης Finch.  There have been a lot of articles complaining about the Millennial Generation in the workplace.  I teach college classes and have been able to get to know this new generation that is now in college and will soon be entering the workforce.  Many  refer to this new crop of young adults as Post Millennials, Gen Z or iGen as they have grown up with the Internet.

During  their young lives 911 happened and then the recession hit.  They watched as their parents lost their jobs and the value of their investments (and 401Ks) tumbled.  This has made them a bit risk adverse.  Many grew up in non-traditional households.  They have less faith in the American Dream as they have watched their parents and older sibling struggle in their careers.

Technology has strongly influenced these folks in terms of communication and education.  They have always been connected with immediate access to copious amounts of data and they use social media for socializing.  All of them have a cell phone, not as a luxury, but as a necessity.  They send texts instead of e-mailing and they know all the latest and greatest apps.  They are masters of multitasking.

I am very enthused about the potential of this group.  I have found them to have a high acceptance of new ideas.  Most of them grew up with a more diverse group of friends than their parents did and so are more accepting of others.  They seek contentment and passion in their careers rather than a lucrative salary.  For Spring Break, instead of lounging on a beach, they do volunteer work with groups like Habitat for Humanity and Disaster Relief Groups.  They want to do Internships with companies to find out more about the workplace.  They are well prepared for a global business environment and many want to work for non-profits.

The Gen Zs have the potential to be great employees.  They have the skills needed to take advantage of advanced technology and will prove very helpful to companies in today's high tech environment.  They do not just want a job, they want what they do to help move the world forward.  They also want to be involved in their community.  Sounds like a great employee to me!

Click below to see how Wayfair, one of the largest internet retailers in the world, leveraged the power of Liaison's Delta/ECs software package.