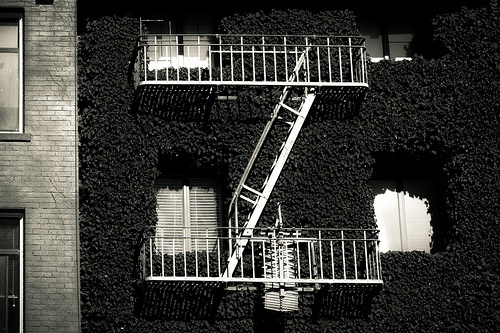 Photo appears courtesy of Derek Σωκράτης Finch.  There have been a lot of articles complaining about the Millennial Generation in the workplace.  I teach college classes and have been able to get to know this new generation that is now in college and will soon be entering the workforce.  Many  refer to this new crop of young adults as Post Millennials, Gen Z or iGen as they have grown up with the Internet.

END_OF_DOCUMENT_TOKEN_TO_BE_REPLACED 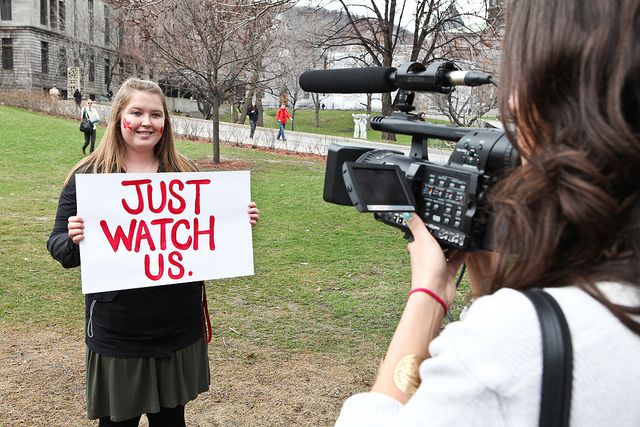 The Next Generation of Technology Workers

Photo appears courtesy of Adam Scotti.  We have all heard the complaint about the next generation—they are lazy, they are not serious about their careers, they feel they are entitled.  I teach some college classes and regularly observe this next generation and how they view their lives and futures.  I would like to share with you some of what I have seen in this blog.

Let's first look at the generations.  We all know about the Baby Boomers, named for the population “boom” during that time period.  Heck, many of us ARE Baby Boomers – about 76 million of us!  The Census Bureau defines that generation as being born from 1946-1964.  Many of these folks (ranging in age from 50-68) are already retired or will be soon.  Who will be replacing these folks and what is their technology perspective?

Not everyone agrees about specific date ranges of these next generations, but most would agree on an approximate range.  So let me propose these spans: Generation X born from 1965-1976 making these folks 38-49 and Millennials (or Gen Y) born from 1977-1995 making them 19-37.  It is this last group, the Millenials, that we hear all the complaints about.

The term “Gen Y” does not bring to mind the negative connotations that the term “Millennials” does so I will use that designation.  Gen Y contains over 79 million people, many who at a young age experienced the fall of the Berlin wall, the Gulf War, and 9/11.  This has resulted in their perspective as being more global and not so much country centric.  These folks were born when technology was already in use both in homes and in companies.  Technology is not new to them and they expect it to always be present and accessible.  They stayed in school longer than their parents and this delayed many life events for them.  These life events include graduating from college, getting a job, moving out of their parents’ home and getting married.  They prefer to communicate with technology and through social media (Texting, Facebook, Twitter).  They rarely use their cell phones to talk to people, but they are dependent on the device for their communication with the world and are never without it.

What you will realize about this generation if you spend time with them is that they are passionate about wanting to make a difference not just for their company, but for the world.  This may seem idealistic as we also wanted that when we were young.  The difference is that these folks have technology to help them make that happen.  Kick Starter, a Gen Y run company that finds funding for creative projects, has helped thousands of young folks start companies dedicated to doing good.  Did you ever wonder how Alex and Ani, a trendy jewelry company, achieved a worldwide presence so fast?  They branded themselves as a Positive Energy company.  Sustainability and giving back to the community and the world is part of their corporate culture.  Their products are made from recycled materials and they even created a separate corporation (Charity by Design) to help non-profit organizations raise funds.  This resonates deeply with Gen Y folks who have the same goals.

The perception that Gen Y folks are lazy springs from their need to understand why what they are doing is important.  Once they buy in to a project, their passion creates results that are many times better than expected.  They are comfortable with technology and not afraid to try new methods of doing things to make them better.  Expect them to want to use more tools then are currently in use.  When we work with EDI Trading Partners who are universities or newly started (and fast growing) companies, they most often want to communicate in an XML format and utilize web services.  In fact, we recently worked with such a company who uses web services for their internal database updates and queries.

This generation understands the need to use technology to communicate business documents; they just want to use different tools than what many companies have used for decades.  This does not invalidate how it’s always been done, but it means that they may want to use new (and possibly better) ways to communicate and bring data in and out.

Grace Hopper, the early computer scientist pioneer who developed the first compiler for a computer language and was known as the Mother of Cobol, said "The most important thing I've accomplished, other than building the compiler, is training young people.  They come to me, you know, and say, ‘Do you think we can do this?’  I say, ‘Try it.’  And I back 'em up.  They need that.  I keep track of them as they get older and I stir 'em up at intervals so they don't forget to take chances."

I encourage you to be like Grace Hopper and get to know some the Gen Y technology workers in your department.  They have the knowledge and tools to truly make a difference.  Help them to understand the purpose of what you do for the company and you may be amazed by their enthusiasm and tireless efforts to make it even better.  As a college professor, I am constantly amazed by these bright minds who will be tomorrow’s leaders.

END_OF_DOCUMENT_TOKEN_TO_BE_REPLACED

With all the emphasis nowadays on Social Media and Apps and devices that can talk to us in human words, I was thinking back to the early days of the Internet when we needed a modem to send e-mails and files.  Modems were used to translate the digital signals from computers to analog signals that could be transmitted over telephone wires to another computer where another modem translated the signals back to digital.  (Did you know that modem is an acronym for modulate-demodulate?  Good cocktail party trivia!)   Things are a bit different now that data is transmitted over digital data lines that obviate the need for modems.