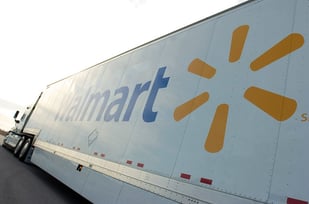 Photo appears courtesy of Walmart.  This blog was written by Ian Heller, President and COO of Modern Distribution Management and reposted with permission.  Walmart.com has grown very quickly since the company acquired Jet.com in 2014. One of the outcomes was that Marc Lore, Jet.com’s CEO and co-founder, became the CEO of Walmart eCommerce U.S. Several other Jet executives remained with Walmart and have generated a great deal of growth for the world’s largest retailer – including a 37% jump in online sales in the first quarter of its current fiscal year. Much of this is coming from Walmart’s third-party marketplace. Just like Amazon, Walmart allows many other companies to sell on its website.

You can also find a section on the company’s website called, “Walmart for Business” where it lists about a dozen categories such as Janitorial & Sanitation Supplies, Breakroom Supplies, Business Furniture, Shipping & Moving, Food Service Equipment and more. The company has also added many industrial products. For example, you can buy a $15,000 South Bend lathe offered by tool distributor Grizzly Industrial. Interestingly, Grainger’s Zoro division sells on Walmart.com, too.